Blessed are the meek

Blessed are the meek

My first bar fight was epic, it was the stuff of legend, I became a bouncer as a means of paying my way through college. It was also a bit of an acting job. They paid me enough to act mean but not near enough to be mean. So looking like I would crush your skull was the majority of the work I did in those days. Being six foot two and large helped. My size and scowl gave most second thoughts about testing how tough I may or may not have been. That is until the evening I attempted to calm a drunk who wasn’t in the mood for calm. After words were exchanged he and a pool stick wielding friend charged me. But there is something you need to know about fighting drunk people when you are completely sober. Drunk people move slow and sobriety keeps you quick. These two were moving so slow. Their charge was awkwardly and cumbersomely slow. One well placed shove and the two of them flew. It didn’t help that they fell against a perfectly placed pool table behind them. The two crumbled. But in the poorly lit room amongst a crowd of startled onlookers it seems as if with one punch I floored two guys brandishing pool sticks. There were gasps and then applause. The two men now reduced to boys were swept up in a pile of pieces by the staff and tossed out like ash. And in that moment a social contract was agreed upon by all. I was not one to trifle with. The legend spread. And I lavished in the power and the privilege it gave.

Something happens to you when you become aware of the power and privilege you hold. Realizing a person’s dignity can be snatched by your acts of omission or commission is profound. To recognize this is to unveil one of your deepest truths and be amazed. But to become aware of your power and privilege and continue benefitting from it at the expense of others ceases to amaze and begins to numb. The callus that forms around the heart of those who traffic in this practice is a difficult one to allay. The longer we withdraw and the greater the withdrawals our power gives us advantage to take the harder our hearts become. And now that the curtain has been drawn and we sit startled by the consequences the power wielding of the western world has wrought, what do we do? Now that know the richest eight people in the world possess greater wealth than the poorest 50 percent of all humanity, what do we do? Now that the science is conclusive that our ecological footprint far exceeds the earth’s bio-capacity causing undue harm on the marginalized poor around the world, what do we do? Now that we have systematized our blind eye toward the hurting, what do we ? What do we do with our power and privilege now that we know the damage we have done? 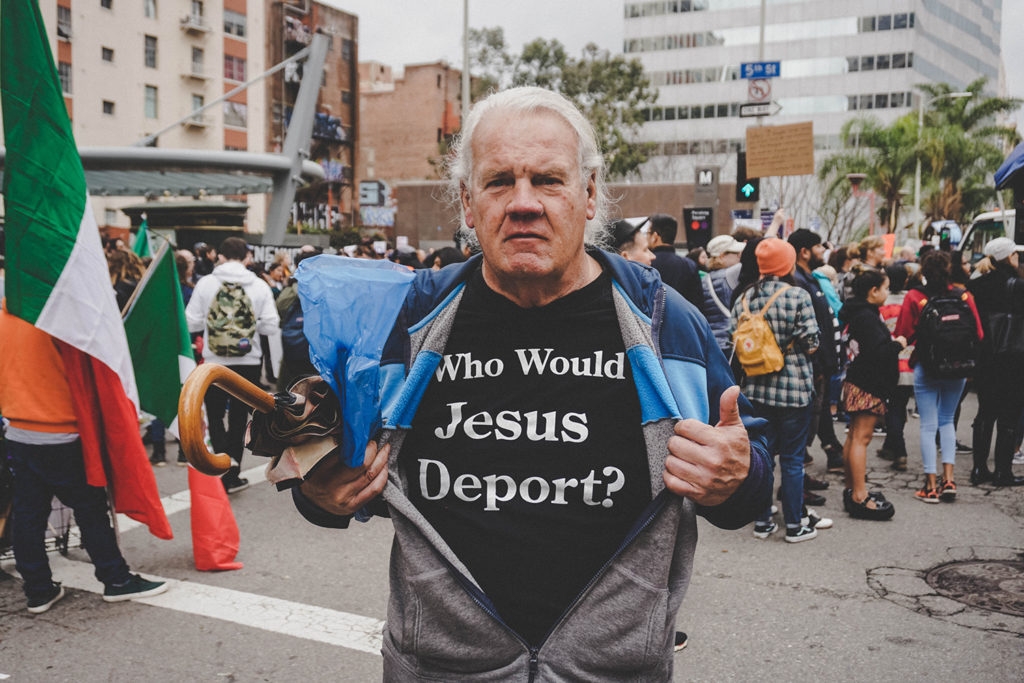 The ancient way gives us pause when it says, “Blessed are the meek”. We think it means you are better off powerless. And the powered person bridles at this claim and well they should. Because Jesus’ sacred way is not so simplistic. The Beatitudinal path is getting at something much more nuanced. Meekness does not equal powerlessness. Quite to the contrary the meek are those endowed with great power and agency. But the meek are those who make more creative choices with the power and privilege they possess. The meek use power for the greater good. The meek leverage their agency for the other. With great humility the meek recognize their place at the table of power and make room for those once barred.

“The meek use power for the greater good”

The meek walk the path of holding power with humility and do this with great joy. Because every act of creative meekness offers them passage to a rehabilitated world. Every use of power laid on the altar of greater justice served gives the meek a means to live in a world recovered. This is why Jesus can say the meek inherit the earth. Because the meek get a chance to live daily in a space made a little sweeter, fairer, and richer by the role they and their
power play.